I have arrived safely back to Fiji and I thank the Lord for the safe journey and also the Union’s continual support and verbal encouragement during the trip which kept us moving. Thank you for the financial support for the travel to and from Papua New Guinea. If it was not for God’s calling I would never have reached those areas. It was a wonderful experience.

I regard it a special privilege and a great blessing to be involved with the gospel work in this great island nation of more than 8 million people; Papua New Guinea. It was only through God’s wonderful providence and by the prayers and support of our faithful members that, once again has enabled the smooth accomplishment of visitation, studies and baptism in both regions of Papua (to the south) and New Guinea (to the north) from the 25th of January to the 09th the February 2016. 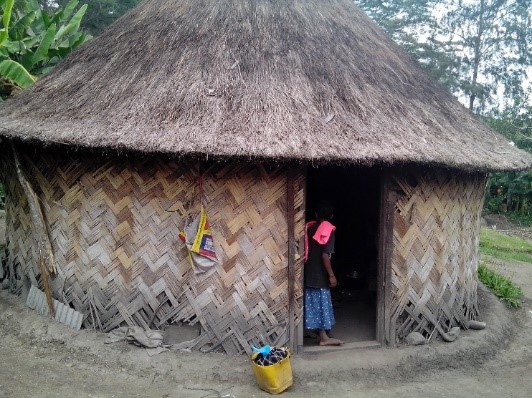 I wish to acknowledge the work of my predecessors Bro Henry Andrade, Bro Robert Bowman, the late Bro Samson and recently Bro Anton Salavyov to name a few who have ventured into this remote ‘land of the unexpected’ in search of the ‘lost sheep’. It has always been a challenge for any missionary work to be carried out in PNG. The result has spoken for itself in the establishment of our two organized churches in Kassam and Alotau. In between this region we have scattered individual families and smaller member groups as in Madang and Lae.

Our readers would note that we had just visited PNG from November to December of 2015 and this very recent one serves to follow up and monitor the development of the work that the last visit had laid out.

So in that regard, on Monday the 25th of January, I travelled straight from Fiji to Port Moresby then on to Lae City and together with Bro John Kepo prepared our journey to the Eastern Highland Province.  Lae is one of the three main centers in PNG with a population of more than 150,000. We have members in this city who have expressed their great eagerness to establish themselves in this highly populated area, they need our support.

On Tuesday evening with Bro Kepo, we left Lae, however as soon as we were leaving the city our bus got into an accident. A drunk driver from the opposite side of the road swerved his truck into the middle of the road and hit two cars before crashing into our bus. We were lucky to be saved. We returned and were delayed at the Police station for more than an hour and after changing buses we continued our journey, reaching our destination well after midnight. We were awaited by Bro Taraki and the leaders of the Kassam church. Early the next morning we were awakened by the sound of the bell, Bro Taraki headed straight into the meeting. We could not do much to recompense our short sleep as church members had already gathered in the church; many of whom have walked two to three hours to reach the church. We began as soon as the morning devotion was completed. We ran two sessions presenting the development of Adventism from the expiry of the 2,300 day / year prophecy of Dan 8:14. It took quite an effort on our part to go step by step in clarifying as much as we can of the stages and the connecting links between the various movements as depicted by the three angels of Revelation 14. I found Bro Kepo very supportive on these occasions as he translated these messages into the local language.

Thursday was similar as members again gathered in the early hours of the morning to the church. We continued on, reviewing the previous days study, however since we had new faces coming in at each session we had to occasionally go back in the studies. We concluded the day with the sealing message of Ezekiel 8, 9.

On Friday, we introduced the Sanctuary Message as God’s plan of Salvation till 12 pm and allowed members to prepare for the Sabbath.

I intended to take a break and listen to someone else preach but they would not allow this as they were eager to know more. I spoke on the subject ‘God’s True Rest for His people’.

Sabbath was special as more people gathered for the meeting. Some whom I had expected to find were not present as they had gone to other parts of the country, there were, however, new faces in church. 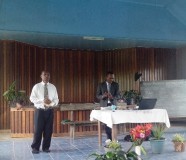 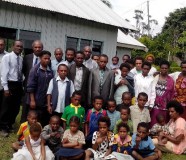 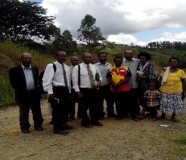 We noted that the messages presented took many by surprise and had aroused a lot of interest since it was calling for prompt and immediate decision for repentance before probation closes. Three precious souls recommitted their lives at the conclusion of the Sabbath meeting to be baptized and join the church of God.

So on Sunday morning after a short spiritual briefing, we headed down to the creek, half an hour walk from the church, for the baptism of these souls. Acceptance and Communion services followed. We then farewelled the members of the Kassam church and headed northwards to Madang. 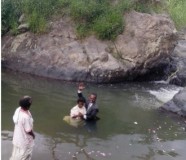 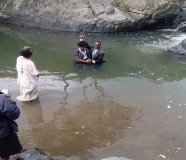 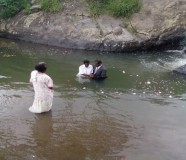 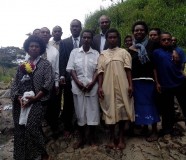 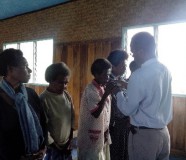 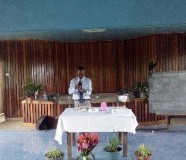 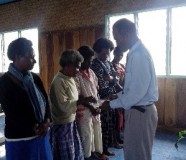 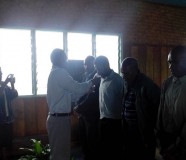 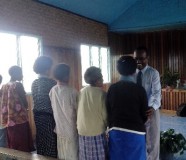 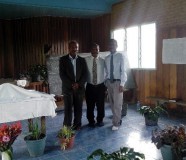 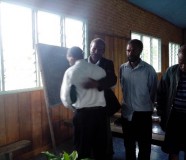 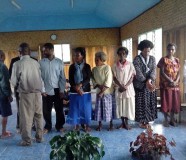 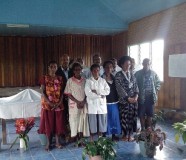 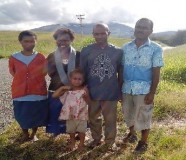 We travelled by bus for another 8 hours by night. Upon meeting a washed away bridge we were stranded for almost two hours in the middle of the night in a deep forest.  However, we finally managed to make it to Madang where we sought and eventually found accommodation to carry us through to the next morning. On Monday, February 1st, we attempted to get in touch with our leading brother.

On early Tuesday morning, as we headed down to the Madang airport with Bro Kepo, I had a conversation with the driver transporting us who was actually an Adventist. At first, he was adamant about our position but then he was ready to receive more information regarding our message. Bro Kepo has promised to be of support to the man. I left Bro Kepo and headed for Alotau the southern tip of PNG.

At Alotau, Bro Alipi awaited my arrival and we headed straight to his home where his wife and children were waiting. After some preparation, we began our first meeting at about 7 pm where a brother from the United Anglican Church was present. He was interested in the Sabbath and for some time has been attending meetings with Bro Alipi. He was responding positively during the meeting with questions. Other members living nearby also attended.

On Wednesday, we began our study immediately after breakfast on the subject of the 2,300 days leading up to the developments of the movements symbolized by the angels of Revelation 14. This was repeated in the afternoon with others who were not available during the day. We continued reviewing the subject on Thursday with additional topics such as the Origin of Sin, the Plan of Salvation through the Sacrificial services and the Sanctuary Message covering as much as we can on their relationships. This meeting was attended by another couple who have also mentioned their intention to join the group and who are now assisting Bro Alipi in negotiating for a land for our church. Friday was devoted to the Health Reform Message. 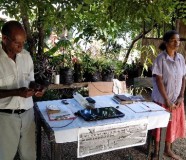 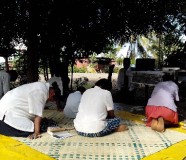 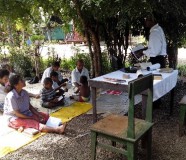 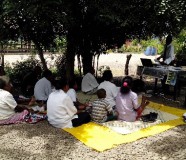 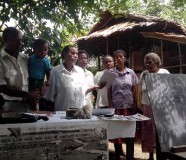 We held our Sabbath meeting outside under the tree beside Bro Alipi’s home due to the high-temperature and the meeting was attended by members in that locality and also a man from an independent movement. We had lesson studies followed by a sum up the presentation of all topics we have been covering through the week. At the end of the Sabbath, one sister from the 51 Movement agreed to take a stand for the Lord and join the true church. This sister actually had been through several churches beginning with the Catholic, Jehovahs Witness, United Anglican and was recently baptized in the 51 Movement. However, after this series of study she was confident that she could make an intelligent decision for the true remnant of God. Her brother will also be taking a stand sometime soon.

On Sunday, we had our baptismal service at the nearby creek followed by acceptance, and Holy Communion service. 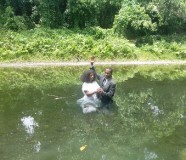 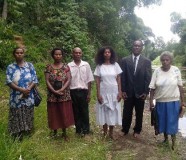 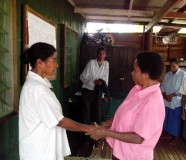 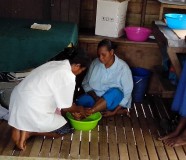 The members of Alotau church are now planning for series of meetings in the islands of the Milne Bay later this year. They have already set up another group on the island who are now meeting regularly under the leadership of Bro Alipi’s brother in law. So plans are now underway for the group to extend the work. The members are so appreciative and working towards getting land and fulfilling the missionary work. Likewise, Alotau members are appreciative of any support provided in health and medical work to go alongside the gospel work as members are quite skilled in the use of local herbs for health treatments and have been carrying out that work for some time.

There is a request for Bibles from a few members as well as hymn books and Spirit of Prophecy books should these be available.

The members are appreciative of the Union support that has been provided to them these many years and have given their full assurance to commit themselves to the work.