PAPUA NEW GUINEA – LAND OF THE UNEXPECTED
off

‘Woe to the land shadowing with wings, which is beyond the rivers of Ethiopia: that sendeth ambassadors by the sea, even in vessels of bulrushes upon the waters, saying, Go ye swift messengers, to a nation scattered and peeled, to a people terrible from their beginning hitherto; a nation meted out and trodden down, whose land the rivers have spoiled.’ Isaiah 18:2.

I consider it a great privilege to be given the opportunity to again visit our brethren in Papua New Guinea in the first half of the month of September, 2016. Although it is always a challenge to visit and to reach further into the remote regions of this country, it is always a joyful occasion when success is achieved.

After a period of 8 months from the last visit, I was again called for the trip to Papua New Guinea. This was to be for two weeks in which the first Sabbath was to be spent with the Alotau brethren. Alotau, the main center of the southernmost tip of the island, had 11 members. We had a few interests who were currently taking studies with Brother Alipi, who present at our meeting. We had a wonderful fellowship of sharing, as well as clarifying some points that were raised. Despite the continuous heavy downpour during the Sabbath, which affected the presence of some members, an independent leader fought his way through after Sabbath just to meet up with me, and was very appreciative of my presence – seeking our prayers to be directed in the right way.  Plans are underway for visitation by Bro Alipi to an island out of the bay, to make confirmation of baptism with the five groups of interests who for some time have been supported by the church through the provision of Sabbath school lessons and other literature. These groups have already accepted the truth, and are now to be prepared for baptism. So plans are underway for such to be accomplished shortly. The group had their Communion Service, before I left for the highlands on Sunday.

Our church in the Highlands of New Guinea is situated in the Eastern Highland Province. One that has the largest Adventist membership and the longest Adventist history, sometimes regarded as the ‘sabbatical province’. Eastern Highland is the heart of New Guinea. The Kassam Church has eleven baptized members led by the leader Bro John Taraki. I arrived when the church had just completed a week long meeting with the different independent groups conducted at the church. The main subject of the meeting was ‘Preparation for the Final Crisis’ broken down into various topics as Health Reform, Third angels Message, Latter Rain etc. They made special invitations which were sent to all independent as well as SDA church leaders in that region for a week long meeting at the church ground. Various independent ministries, of PNG were represented as well as representative of the Lutheran church. The Independent groups were seeking for ways they can be united on a common ground, especially as they now see the difficulties growing amidst themselves, and their concern for the soon coming of Jesus. This was the first of time such a meeting took place for 20 years and they were really appreciative of the message presented by Bro Taraki on the Prophesied history of the Reform Movement. When I arrived, Bro Taraki informed me that we have 4 members of these independent group convinced with the truth are taking their stand with us.

With Bro Taraki, we immediately continued studies from Monday to Sabbath on Health Reform Message as represented by the Pot of Manna, and requests came that we touch on the Sanctuary Message, which these Independent groups would like to know. This was done, repeatedly emphasizing on the importance of maintaining all the principles of items of the sanctuary the sanctuary service. This study, revealed that various of these groups believing that they are now already in the Holy of Holies, no longer practice the ordinances of Communion Service or Baptism alongside flesh eating, and it surprised them that we put emphasis on the perpetuity of these ordinances as principles of our salvation until Jesus comes. Though we met with some opposition but that did not deter the growing interest. On Friday, ten more people were added to the initial four making a total of 14 now ready to take their stand for the Lord. It was a miracle, and a victory for the Truth.  Bro Taraki’s herbal treatment clinic had patients of various kinds of ailments.

On Sabbath morning we introduced the new candidates who were members and workers of the various independent groups and various SDA members. Together, with the initial 11 members of the Kassam church, they are to increase the total baptized membership to 25. The church was filled up with interests who have come in to listen to the messages as we concluded the weeklong studies.

On Sunday morning, we had the baptism of these 14 souls, followed by acceptance, and we concluded with the communion service. There was of a great sense of deep solemnity of God’s presence. A totally unique experience. Already, we have people for the next baptism lining up, and plans are underway to reach the most remote regions to the Sepic and the borders of Indonesia. As the unique culture of these people unites them together, plans are underway to begin six new church branches at various new locations making up a total of 7 church groups in the Eastern Highland regions. Present also at the meeting are representatives from other provinces who want to be baptised along with their own people in their own provinces.

For a number of years now the Kassam church has been very instrumental in treating diseases and sicknesses with herbs and simple remedies. They conduct water treatment and massages, and have treated very serious cases. I have been a witness of the patients, who were on the point of death on arrival but now went down for baptism through the miraculous works of God. They are now living witnesses of the gospel.

At the conclusion of our meeting at Kassam, I was invited to conduct two night studies at the church in Lae on the Health Reform Message. With Bro Tarake we took a half day travel from the high lands to the second largest center in New Guinea which is Lae and begun the first study on Monday night. Their church was full and they were surprised at the simple and straight forward meaning of the Pot of Manna. The interest continued to grew as we expanded on the topic on the second night and of course we had interested people now to be followed up by Bro Taraki from this independent group.

One important point we found during this visit is that we are now dwelling in the ‘harvest time’, and surely the field is now ready for reaping. But we do not have many reapers. It is our prayer that we continue to seek for the Lord’s refreshing of the Latter Rain to continue to open doorways for the truth to enter, so that the work may be finished soon and we are gathered home.

Once more, I sincerely thank the Union and the brethren for the support and the prayers for the work in the islands. May we continue to share the blessings of seeing new souls be saved for God’s kingdom. God bless you all. 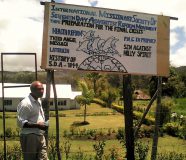 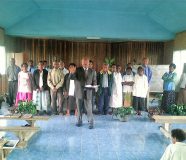 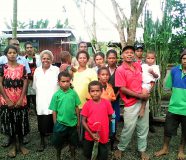 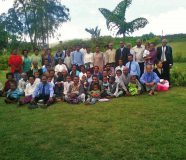 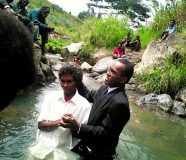 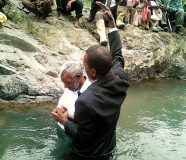 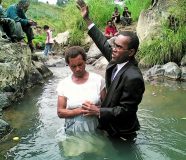 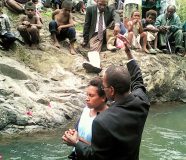 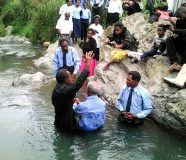 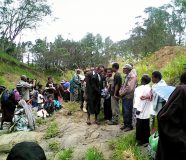 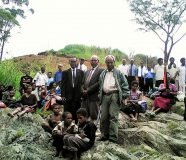