News from Fiji
off

‘Because thou has been my help, therefore in the shadow of thy wings will I rejoice.’ Psalms 63:7

The month of June has brought a mixture of both sadness and rejoicing in the Fijian Field. Sadness in the fact that one of our sisters peacefully due to the sickness that she had carried for a number of years, and much more rejoicing that we now have an entire church group joining us through baptism.

We are so thankful that the Lord has continued to bless our work as a Field. Despite the effects of cyclone Winston we have been able to gather up the fragments of destruction to start again. Cyclone Winston brought about the conclusion of a missionary work we had begun some 10 years ago where we had been visiting a church group. It was then under the main Adventist leadership, then later on they were under an independent group but after the cyclone struck, neither of the two groups came to their rescue. They were abandoned and left on their own. The village church on which this group lived is situated right on the path of the cyclone, and the village was severely struck, even causing fatalities.

On the occasion of our missionary visit, we met with theie leader, 83 year old Josateki, an Adventist layman of 67 years who willingly accepted the message. Pointing to the church which had now been closed up for 4 months due to damage to the roof  he inquired about the possibility of having it repaired for he wanted all members to also share the message that he has now has accepted.

We made an appeal to the Union for assistance, and thankfully the Union responded in time. For this, the Fiji Field wishes to extend heartfelt gratitude and appreciation to the Union leaders for the timely assistance, which not only will open up the church but to a greater extent facilitates the reception of the message in the entire village, as villagers will now be assisting in the repair works.

After several weeks of studies the group was baptized last week during our combined service in Suva, where we had ‘Revival and Reformation’ as the subject of our meeting. We had two sessions of baptism where 5 took their stand and were baptized on the Sabbath afternoon, whilst the 6th took her stand and was baptised on Sunday. It was really an occasion of joy for the newly baptized with their new experience with the Lord. Acceptance and the Lord’s supper followed on Sunday, and also the reorganization of the new group.

We again wish to acknowledge and thank the Union for the support of everyone in the Fiji field and may we continue to join hands  and cooperate with each other as we see the work extending to new fields.

God bless you all. 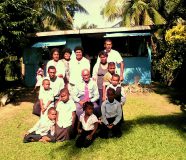 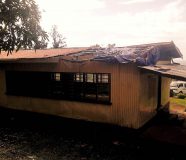 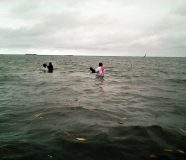 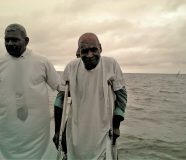 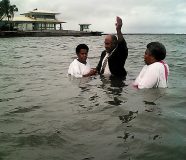 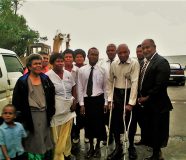 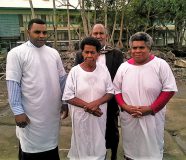 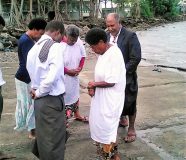