Missionary visit to the Solomon Islands
off

Missionary visit to the Solomon Islands 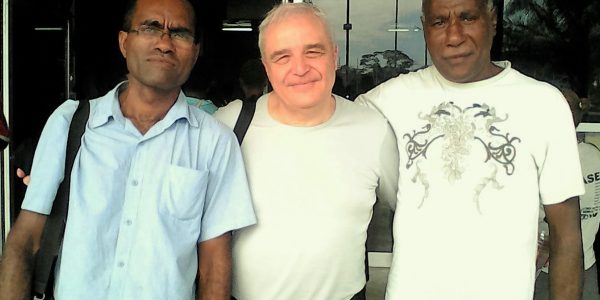 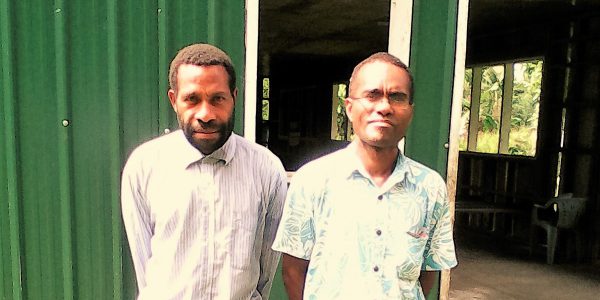 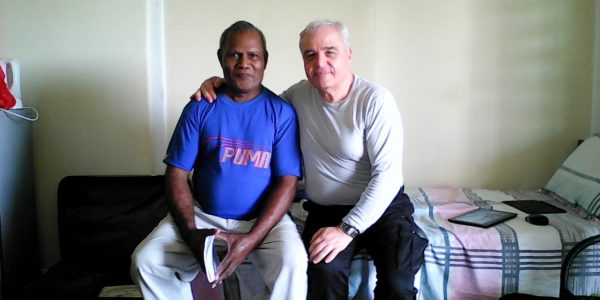 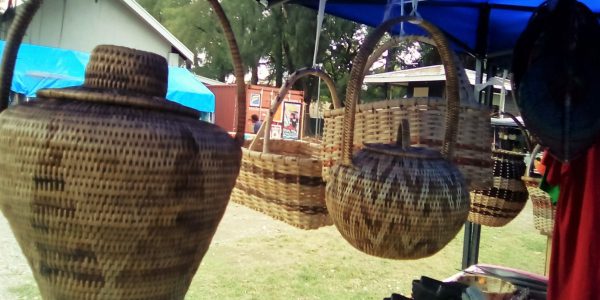 ‘The Lord looked down from heaven upon the children of men, to see if there were any, that did understand, and seek God.’ Psalms 14:2.

Indeed, this is the reality of our time, God is looking and searching for sincere and honest souls. Not many, but for the ‘few good men’.

The Solomon Islands was the next island nation of the South Pacific that was in line for the work to be established. A visit had already been made earlier in the year, and it was now time for the work to begin there. So for this important mission, Bro Anton Salavyov, Division Leader, Bro Don Williams from Vanuatu and I, from the Fiji Islands were assigned to this island nation, situated south east of Papua New Guinea.

It is always a challenge to begin the work with Adventists, people who are already acquainted with the truth and are members of existing churches. Even so, there are honest souls, sheep who belong to the true Shepherd who are seeking to find and recognize His voice of Truth and Love. They know very well that, the flock of the True Shepherd is only one and unique. The power of the Holy Spirit is very crucial in such cases. Whilst we do not intend to force people out of their churches, we nevertheless have the responsibility of urging the truth upon them by giving as much information as possible so that people are given the best possibility to make their own decision.

The Solomon Islands is one nation of the Pacific where Adventism is widespread. Here is situated the Adventist Headquarters of what used to be the Western Pacific Union Mission. So one may easily think it to be an easy place to establish the work. Unfortunately, this was not to be. For a week we had been tirelessly visiting contacts we had established earlier, and people whom we almost thought would accept the truth, but as it was with Paul and Felix conversation, so was it with a number of our contacts.

Bro Anton, arrived later, just in time when two invitations were made to us to attend the upcoming Sabbath meeting. The invitation was from an Independent Adventist Movement church group and a self-supported group as well. We decided to have the Sabbath morning meetings with the Independent Adventist Movement, then the afternoon sessions with the self-supported group.

During our meeting with the Independent Adventist Movement, they willingly allowed Pr. Salavyov to make a short presentation in church explaining the cause of the separation in 1951. At the conclusion, the members were quite satisfied as to which Reform Movement was the truly prophesied one. We left with the hope the Lord will guide us to whom he has chosen.

When we arrived at the Independent Adventist church, they were already waiting and immediately after a short introduction by their leader Bro. Anton was given the opportunity to present his study. He spoke on the Prophecy of Turkey as the end time sign for the close of probation. This raised a lot of interest amongst the group, and brought us much closer together with the eagerness to be prepared for the Lords coming. After the spiritual service we had a blessed time of spiritual conversations. The ministers and members of this group asked for literature and more information in regards to the prophesied for the last days Reform Movement. Pr. Anton had prepared a good number of printed informative materials for such occasion. It was a big surprise that the printed materials were gone literally after a few minutes into the hands of the interested and seeking souls. We closed the Sabbath, with much anticipation from the group for further future contacts. The ministers expressed their willingness and interest to keep in touch with us and especially with Pr. Anton for more information about the last prophesied Reform Movement.

Sunday soon arrived, and it was farewell time for Pr. Anton. Still we had hope for the people who have now heard the message to take a stand before we leave, yet we need to see it happen. We continued to pray seeking God for an answer. From Australia, Bro Anton continued to direct us as to the steps we had to take. Monday, arrived which was my last day, before I left for Fiji on Tuesday, yet we were still anticipating a success.

Coming close to midday, we were now in Honiara, with Bro Don waiting for Bro Anton’s call, deep in thought of how much effort we had put in and still have yet to find a result. ‘Will the Lord be true to his promises? ’ ‘What have we missed out?’ These were the typical thoughts going through our minds, yet we were confident that what God allows to happen is the best for any occasion.

Just as we were on the verge of ‘letting it go’. There stood in front of us a man and his wife, shaking our hands, his very words were, ‘I want to be a member of the church right away, this is the truth.’ This was a miracle! And a miracle that God performed when we least expected it and were beginning to let things go. Here standing before us was a Bible worker of the Independent Adventist Movement, a silent listener during our Sabbath session, yet fully convinced that we were presenting the truth. It took us some time to try and work out that God chose to answer our prayer for the Solomon Islands in a miraculous way. It was a miracle to us because just as were packing up to return to our homes, God answered us. Something to be remembered always. God always answers prayers as and when he decides. He never fails us.

The man with his wife led us to his home where his children were awaiting us, and promised that his family have now accepted the message, and would be taking their stand for the Lord.

I left for Fiji on Tuesday, and Bro Don who stayed back for another week had the opportunity to baptize our new brother, and sort things out for this new beginning. The brother has now begun the meeting with his own family, and surely as the Lord directs, the message will spread into all the regions of the Solomon Island. The Lord has made a double blessing through this man, not only do we have a new member, but we also have a fully groomed worker, prepared to extend the work in the Solomon Islands when the call comes.

Brethren, we have so much to thank the Lord for, in the success of this mission and may we always put our trust in Him to lead us in every trying situation.

We thank you once again for your support and prayers and may we continue to press and move forward into the new fields which are now ready for harvesting as the Lord leads.

God bless you all.