Missionary Trip to the Cook Islands
off

Missionary Trip to the Cook Islands

Praise the Lord for yet another opportunity to extend the work into the beautiful Cook Islands. This is a new addition to the islands we have so far reached in the South Pacific.

I left Fiji for the Cook Islands via New Zealand on 31St May for a week-long trip in the hope of opening the work in this stunning South Pacific Island. Reaching the island’s main airport very early the same day I left, as they a day behind us, I was greeted by my waiting relatives. They drove me off to my aunt’s place where I planned to stay for the duration of the trip.

As this was what I termed a ‘seek and find mission’ in a potentially new field with only 7 days to work, I endeavoured to make the best of any given opportunity with anybody who would be willing to listen. We made a round trip on the first day with my relatives, which took us a mere 40 minutes and I got a rental car to help me move around easily and freely. In the afternoon I undertook my first presentation with a Fijian couple, who are members of the Adventist church, whom I had known in Fiji. Though the man was firm not to accept anything more than where he now stands, he accepted a copy of our DVD and towards the end of our meeting willingly indicated his agreement of our church’s stand which I find quite surprising. He invited me to visit him as often as I liked during my stay.

On Wednesday, I sought to find a church where it would be possible to attend and share with somebody. On the way I drove past several Adventist churches but I had not thought of stopping, until I came to a signboard with 3 angels pointing the direction to a church building. I followed the sign and eventually found this church building belonging to a self-supported ministry. I later called up the minister, who invited me for the evening session.

As I was just about to leave for the meeting, my aunt insisted that I explained to her the reason of my coming to the Cook Islands. I was a bit puzzled by her sudden reaction, since I have already met her the day before and she did not question me right then, however I found this the opportunity I was waiting for to share the message. Whilst she was still querying I started talking, and with the help of a Chart I was able to explain by points the stages of development in the Adventist church that eventually called for a reformation and resulted in the shaking of the WW1 and WW2 amongst God’s people. As this becomes clear, she told me to return to the Adventist church and preach this message to them, I then told her, if they are willing to accept I am more than willing to accept that too. But she insisted that I will have to move out immediately from her place since I was coming from a different church and that my presence in the house would cause problems with her local pastor. I gave her a DVD and also one for the pastor. I moved out immediately after that conversation, and stayed in a hostel in town.

Early the next morning, a cousin of mine who is a local bakery worker came right to my hostel to receive a copy of the DVD and a chart of the last day events. In the evening, I then drove off to the self-supported church to attend the meeting I missed out on the previous night.

I was greeted by the pastor and his wife. He directed me to the meeting where there was Health Conference conducted by a Kiribati doctor who has a Fijian wife. There was also another Fijian woman in the meeting. After the meeting I had a private conversation with the Pastor of the church in his room where he shared with me the beginning of his church and his experience. I then explained the reason for my being in their country and would like to shed further light that would help him and his congregation. I shared a bit of our church history and the events of the war etc, which were totally new to him and also gave him a DVD of Henry Dering. He heartily accepted it and invited me for the next meeting on Friday.

On Friday evening as I reached the church I was greeted by several members, and a Fijian lady returned with me to my hostel seeking to know more about our church. I had a quick conversation with the Kiribati doctor just before I left and handed him a DVD immediately. I undertook studies again with the Fijian woman until late in the evening. She then indicated that I also needed to present to a couple and a few other Fijian brethren who normally meet for a sharing session every Sabbath afternoon from 3-4 pm. This I agreed to, knowing that an opportunity would surely be opened.

On Sabbath, I attended the self- supporting church, and was really glad at how they were united in keeping out false and wrong teachings. They had their Sabbath school discussion from a copy of Adventist pioneers lesson on the Hebrew Faithfulness in Babylon which was wonderfully shared. After divine service, we headed for lunch and in the afternoon, I was visited another Fijian couple’s home, where there was another Fijian woman. Soon after, I began taking them back to the history of the Advent Movement and developments that eventuated to the separation of WW1 and WW2. With the help of the chart, this was even made clearer to them. They had questions which by the Lord’s grace I was able to clarify and they were satisfied. Our meeting ended late into the night and again they invited me to visit on Sunday. By midday Sunday, our meeting begun and similarly went on into the night and again I was invited to come back on Monday which was a public holiday and my last day in the Cooks. On Monday afternoon again we had a similar meeting, and we sang songs of praises. The members there had wonderful voices! I clarified points of reorganization as they are now taking decisions to stand with the people of God, and they were already making plans for the establishment of the work in this island field. Thank the Lord for this great opening. As you can see from the photos they are awaiting the next trip to conclude their eagerness to join with God’s remnant church.

I now wish to extend my heartfelt appreciation and thankfulness to all the brethren and friends and the Union for all your support and prayers and in the financial assistance that has made the trip possible. It is my prayer that we continue to remember the Cook Islands in our prayers, these interested people, as well those who have received the message to be strengthened and to make the right decision for the Lord.

And until the next missionary trip, May the Lord bless you all. 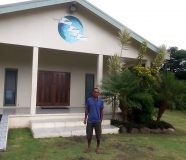 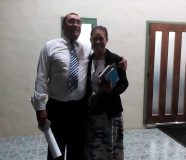 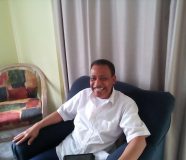 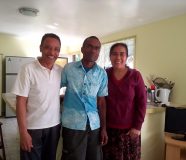 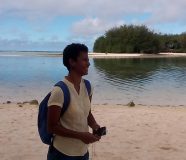 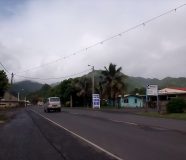 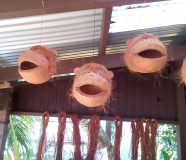