We originally planned to hold the Indonesian Field Conference meeting 2016 in Manado, but because of an appeal of our brethren in Sangir it was decided to be held there.

Before we held this field conference we had trouble obtaining the license for this event. We had sent a letter to the Religious Department of the Province to notify them of this conference meeting and were awaiting their letters of recommendation to be submitted to the local government in the place where the event was to be held. Namely to the police and the District to get a permit, but until the day of the conference we did not receive the letter. We took the decision to still hold this event at any risk.

Br. Anton Salavyov lead this conference. He arrived in Manado, North Sulawesi on Monday night August 22, 2016. We picked up him with some brothers and we were very happy to meet him. As usual when any foreigners come to any region in Indonesia they are required to report to the local police station. Br. Kalengkongan and Br. Maramis joined him to notify of his arrival at the police station. Praise God there are no question, no barrier. Praise God. Instead he received a good reception from the local police and they even had a photo together.

The Field conference was held in Sangihe which is on a small island in the northern part of the North Sulawesi province. On Tuesday evening of August 23, 2016 we had to travel by ship for about 8-9 hours. The committee and the delegates, consisting of about 26 people together with Br. Anton departed from Manado Port at 7:00 pm and arrived at Tahuna port, Sangihe at 4:00 am. Praise God, that the travel time was very fast because of the very good weather that God gave. When the ship docked at the port, Br. Andris Lalelung the Pananaru Church elders welcomed us with joy.

We had to travel for about 2 hours using a truck and a van that belonged to Br. Andris Lalelung. The terrain being quite tortuous but the mountain and beach views and a beautiful beach it made the trip enjoyable. We then arrived safely at the Pananaru village.

When we arrived, the brethren and the sisters in Pananaru welcomed us with joy with welcome songs as is their tradition. That was amazing. The tiredness was lost because of their beautiful reception.

On Wednesday morning of August 24, 2016  at 10:00 am the conference started with the inauguration of the church building of Pananaru by Br. Kalengkongan who is the Field President. The inauguration was also attended by Mr. Ernest Rakinaung as head of Tamako subdistrict, Mrs. Adolpina Daluwu as head of Pananaru village and the local religious leaders.

We were very happy that even though we did not get a recommendation from the Religious  Department of the Province and from the police of Tamako, we did get the support and assurance from Mr. Ernest as head of the subdistrict to still conduct this conference meeting. In his speech he warmly welcomed everyone and was very grateful that Pananaru village had been chosen to be the venue of this conference. He also gave the background meaning of Pananaru village. That name was once given because this place was where the people would come to worship the gods, and now this has changed and must be converted as a place to worship the living God. He said that this opportunity should not be wasted, that Br. Anton is not only come to be a blessing for the Reformation church but he also must to share the blessings with the people of the Tamako district and especially for the Pananaru village.

After the official opening of the conference meeting, Br. Anton Salavyov also had the opportunity to thank to Mr. Ernest Rakinaung from our worldwide organization of IMS because the sub-district heads had received us very well. On this occasion Mr. Ernest Rakinaung, witnessed by the village and local religious leaders, invited Br. Anton Salavyov to preach at their regular worship of refreshing faith that they do regularly in the Tamako districts area. They responded to this very well.

Our delegation session began and our theme was taken from John 17:22 “…that they may be one, even as We are one.”

On Thursday August 25th, at 7:00pm after the activities of Conference, at the invitation of subdistrict Head of Tamako Mr. Ernest Rakinaung, Br. Anton gave a lecture in the refreshing of faith & worship. He also brought the theme prophecy of the end of time before Jesus’ second coming. Many people were in attendance. The audience was enthusiastic. At the end of the Sermon, Mr. Ernest Rakinaung plead Br. Anton to pray for church leaders from all denominations in the subdistrict that were standing in the front of the congregation. They joined their hands together as he prayed over them.

On the Sabbath afternoon August 27, six people were baptized by Br. Anton Salavyov in a small river which is approximately 2 Km from the church.

On Sunday morning we had Holy Communion, the inauguration of the new field officers and the ordination of the two brothers as Pastors; Br. Jimmy Maramis and Br. Gerson Keni.

On Sunday afternoon we went to Tahuna port to sail back to Manado and arrived safely on Monday morning. Brother Anton then continued on his way back to Australia.

We thank God for His blessing, that the conference was a success. Hopefully His work in Indonesia will go forward, His people can be prepared for His kingdom and for Jesus second coming. Please pray for us, for the new souls and for the new officers, so that we can work together to be a blessing for everyone and especially for His work. Amen, God bless. 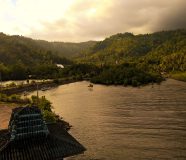 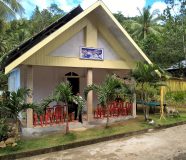 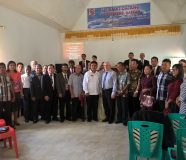 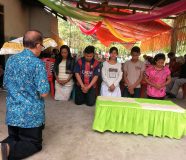 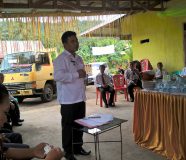 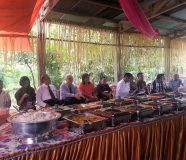 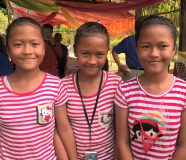 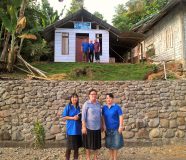 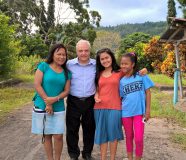 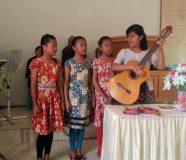 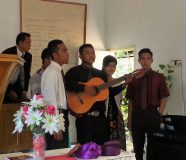 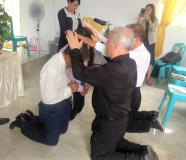 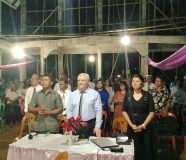 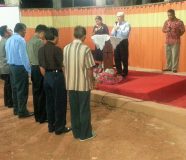 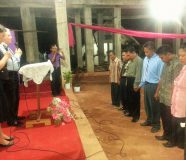 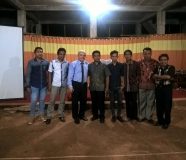 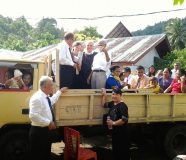 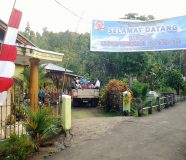 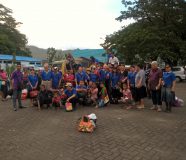 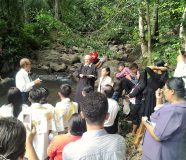 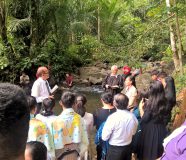 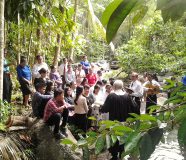 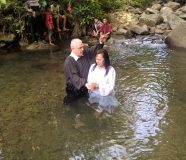 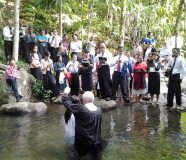 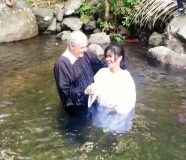 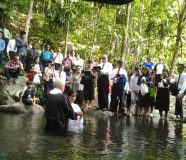 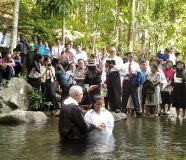 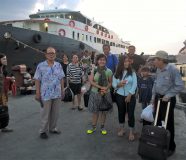 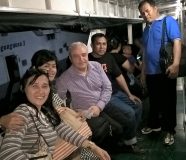