I thank the Lord for the blessing of good health and his protection after another trip which is my last for 2016.

My sincere gratitude is also directed to the Oceania Union and its Committee for its leadership role and support throughout the whole year for Papua New Guinea. I would also like to thank the faithful members of New Zealand and Australia as well as neighbouring nations for the financial support towards our Melanesian brethren. We know that our effort is confined to what we have and are capable of, but I believe that the year 2016 has been a year of breakthrough into the Melanesian region, in particular Papua New Guinea (PNG) and the Solomon Islands.

As early as December 2015, we had made four trips, one after another with four baptisms, adding 26 new members into this field. We also established two main centres, one at Kassam, Eastern Highlands and the other in Alotau. We also made advances into the various independent groups resulting in members and even workers joining with us. A number of meetings were organized at Kassam, Eastern Highlands with an invitation extended to these independent groups whereby our position and principles were clarified and with gladness many accepted and made their decision. We also made presentations of The Health Message to the main Independent group in Lae City, whose leader has been actively supporting us ever since.

The treatment of sickness carried out by the Kassam members also created impact in opening doorways of advancement into more regions of the highlands and even into the borders of Indonesia.

Now, as we stand and look back at what we have achieved, we can only see the merciful providence of the Lord.

As it is, serving in PNG is always a challenge and a gruelling test for any worker, but with the success we have achieved so far, I believe that the enemy would not be so happy about our work and would definitely counteract our efforts in the most unexpected manner. Papua New Guinea is better known as the Land of the Unexpected, so we can always expect the extremes of both good and bad happening at any time.

For the last trip much of what we had expected did not occur, but God has His own plan for the goodness of His Vineyard. We thank the Lord that He is in control of the work and we have much assurance to put our trust in Him.

There are more promising opportunities for 2017 in the yet to be reached regions of the PNG continent and the surrounding smaller islands. Contacts have been established and plans are underway. However, without your continual support in prayers and your kind gifts, much cannot be done for the poorer nations. We will continue to plead for your support and will do the best we can to see that these people are enlightened.

On behalf of Papua New Guinea and the Solomon Islands we thank you all for your support in 2016 and we wish you the blessing of the New Year. 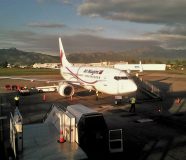 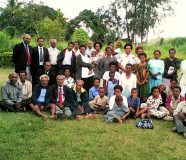 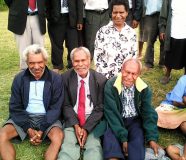 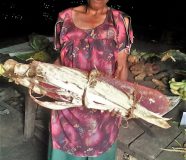 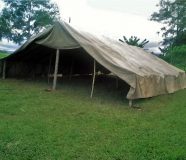 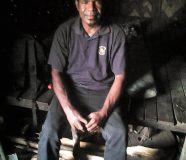